Six Barking & Dagenham College students took part in a filmmaking course and teamed up to create their own film.

The BTEC media students took part in the ten-day British Film Institute (BFI) course delivered by the Young Film Academy which has a focus on employability. They learned practical filmmaking skills from writing a script, being a director, camera operator to sound technician. They got to work together as a crew to create a film in a real-life practical experience.

The courses help train and inspire the next generation of UK filmmakers, supporting young people aged 16 to 19 to develop the commercial and cultural knowledge and skills to help make a career in film. The BFI Academy is funded by the Department for Education who subsidises the programme.

Hannah Bixby of the Young Film Academy said “It was a challenging year with the circumstances of the pandemic and there was lots of juggling to do. Over two filming weekends, the students pulled together in a team and adapted to adhere to social distancing rules et cetera. They took it all in their stride and managed to produce really excellent stuff.”

18-year-old Joshua Rodwell from Dagenham joined other students to create a short film called Granted. Joshua took the lead acting role, he said: “I really enjoyed the course and would recommend it to anyone who’s interested in the industry. I believe that even if you’re 50/50 on the idea of pursuing a career in filming, the course will sway you. I loved the freedom of us getting to choose the topic and storyline of our piece and also meeting top industry professionals along the way! We got some great feedback and information on how to improve and only ever constructive criticism.

“All in all, the course has helped me in writing my own pieces. Given the circumstances we were in during the pandemic, it was pretty much as good as a workshop can be; really helpful and even more inspirational, as it shows no matter who you are or where you come from you can do it!”

Joshua finishes his BTEC in practical media next year and hopes to either continue writing and acting in his own pieces or maybe be hired to write for someone else, Joshua says: “Either way the course has narrowed my vision to become a screenplay writer.”

The films made by Barking & Dagenham College students on the course c can be watched here. 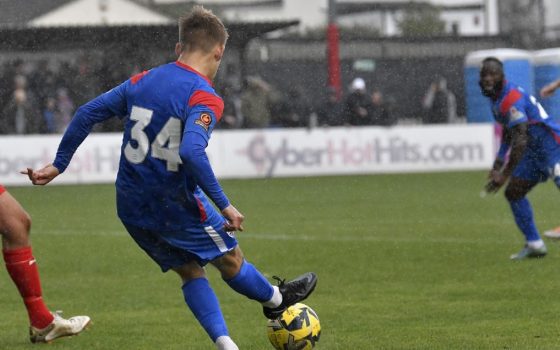